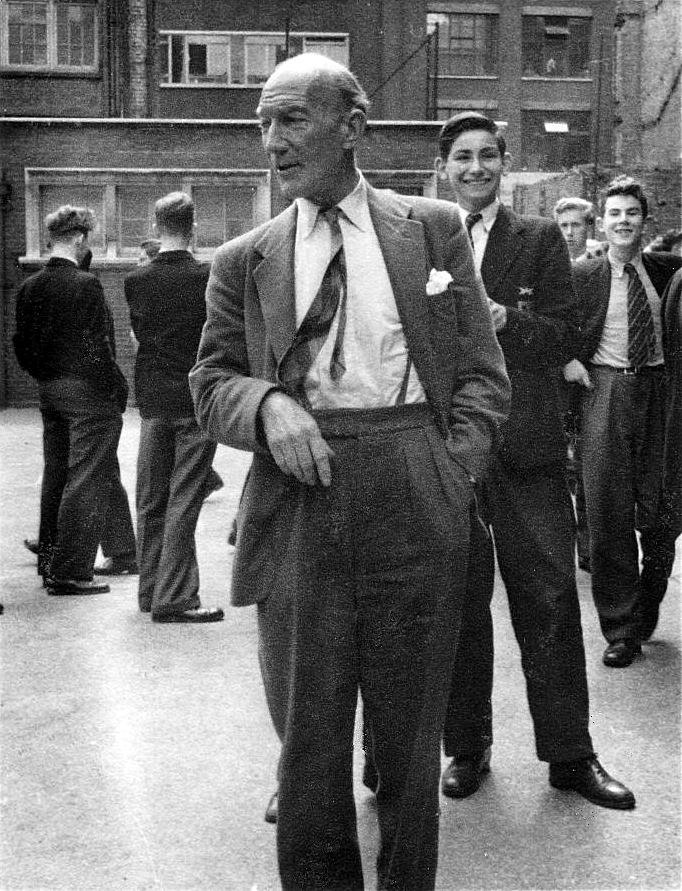 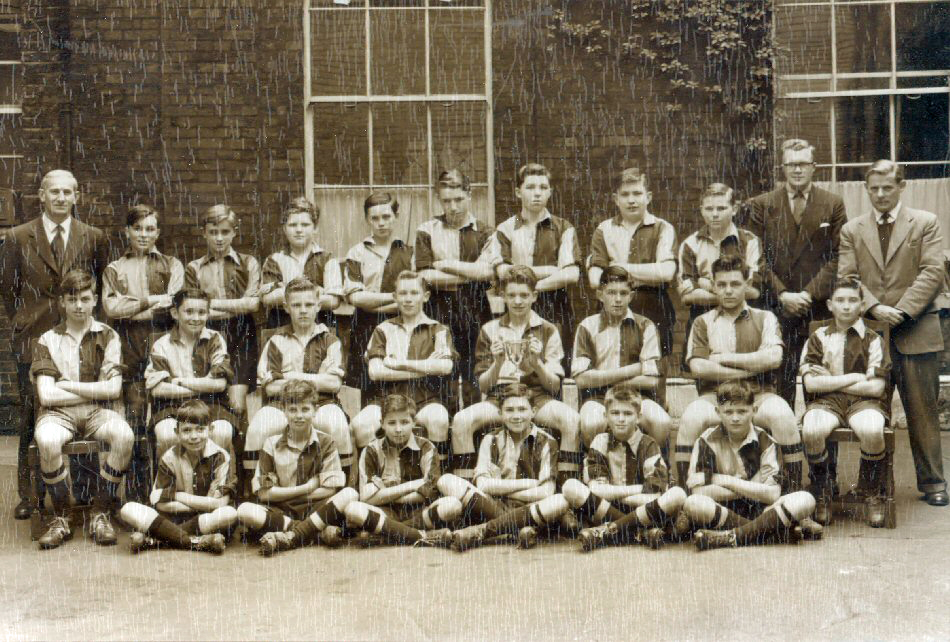 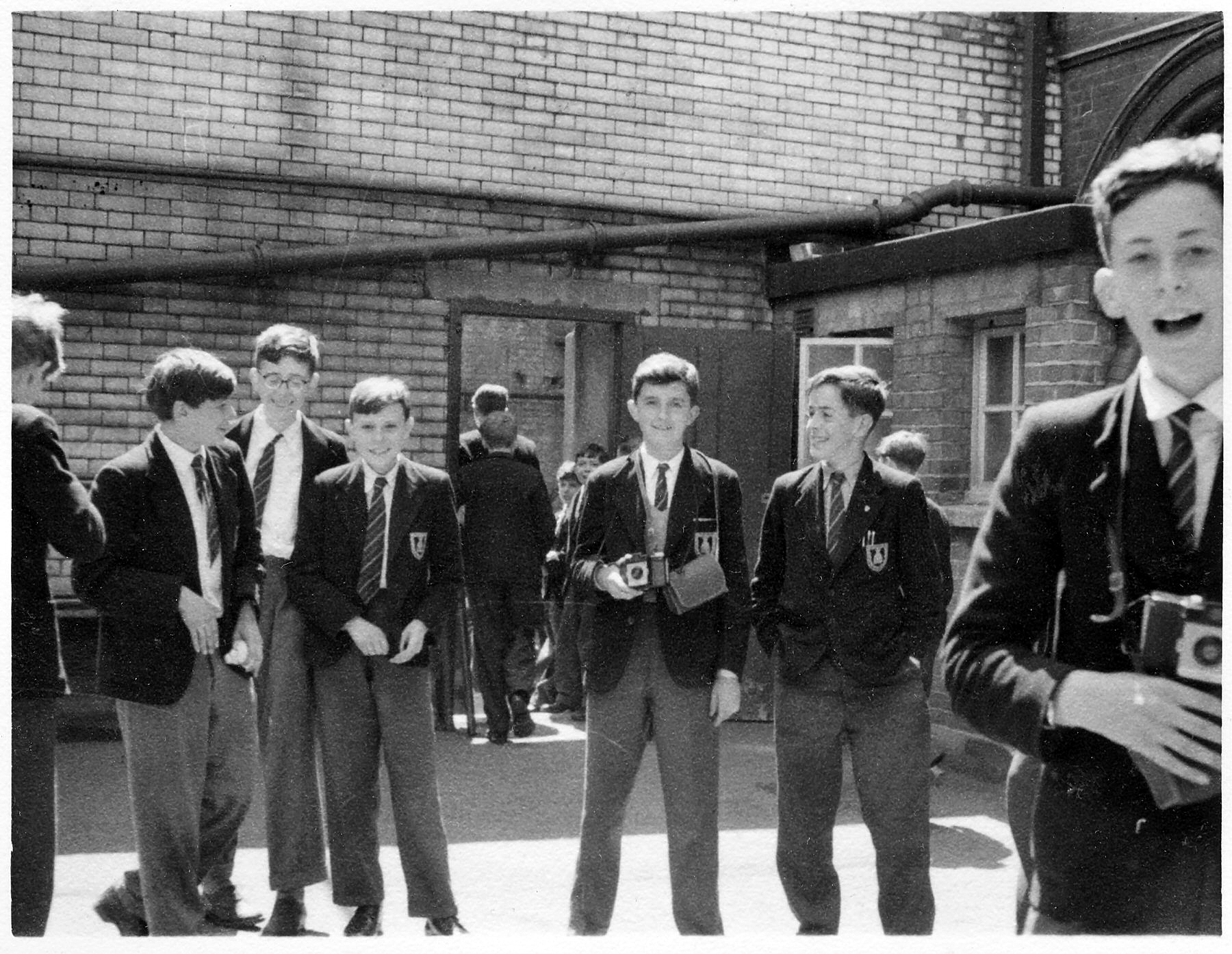 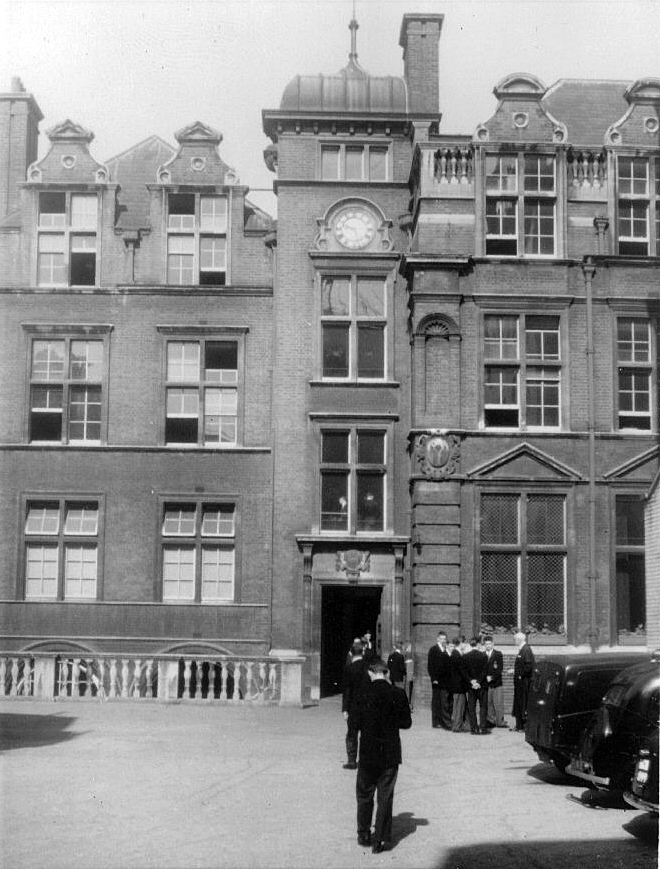 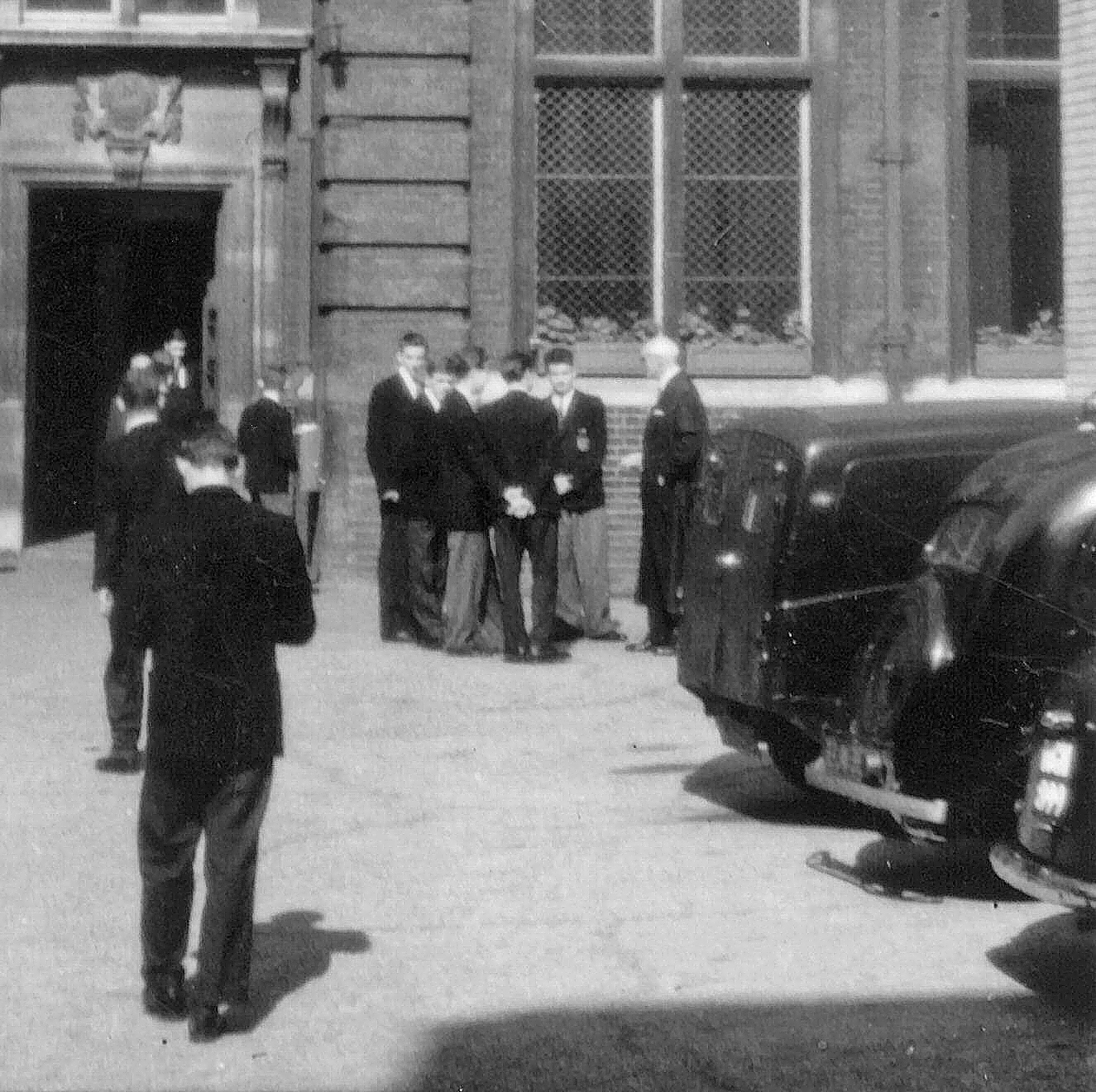 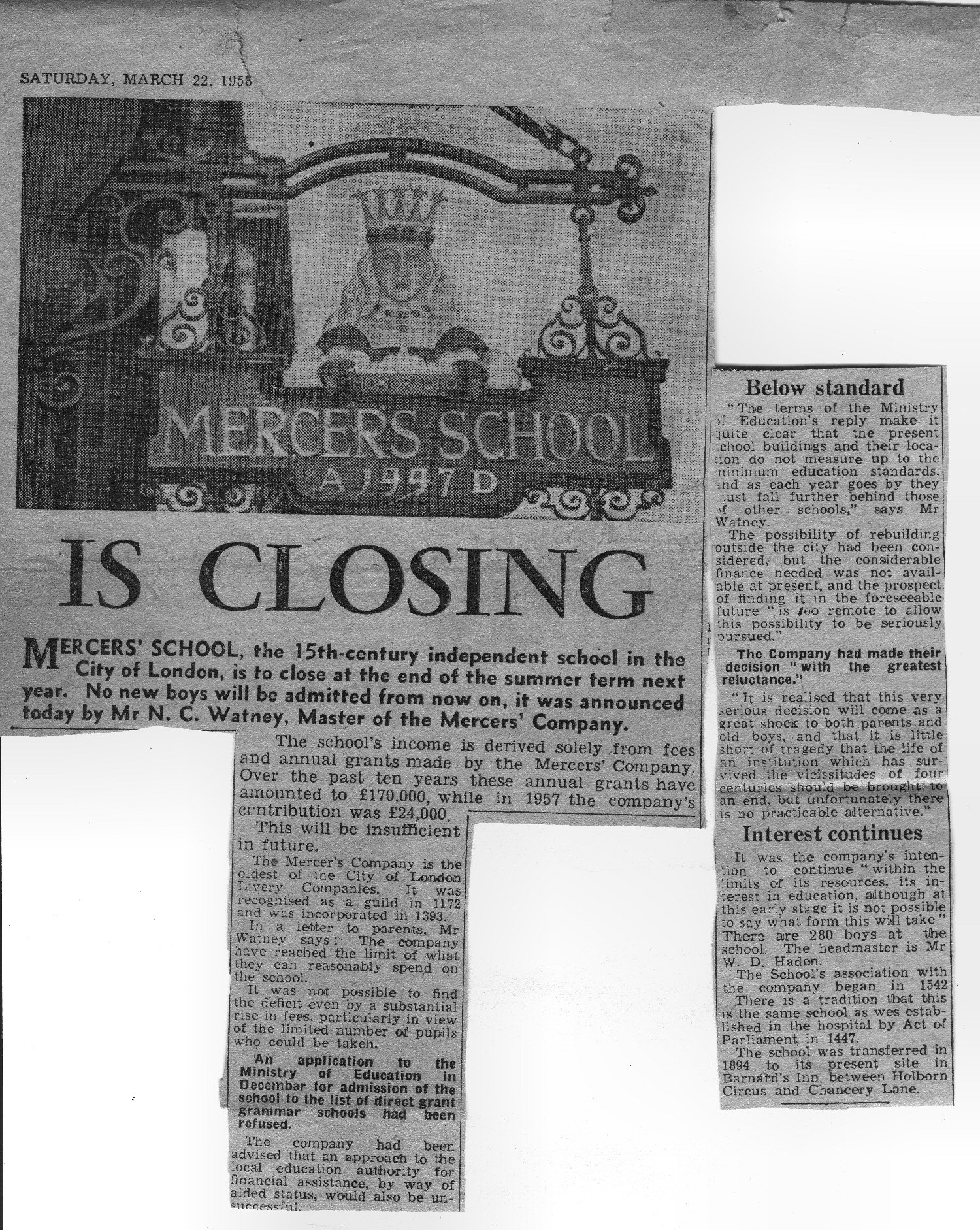 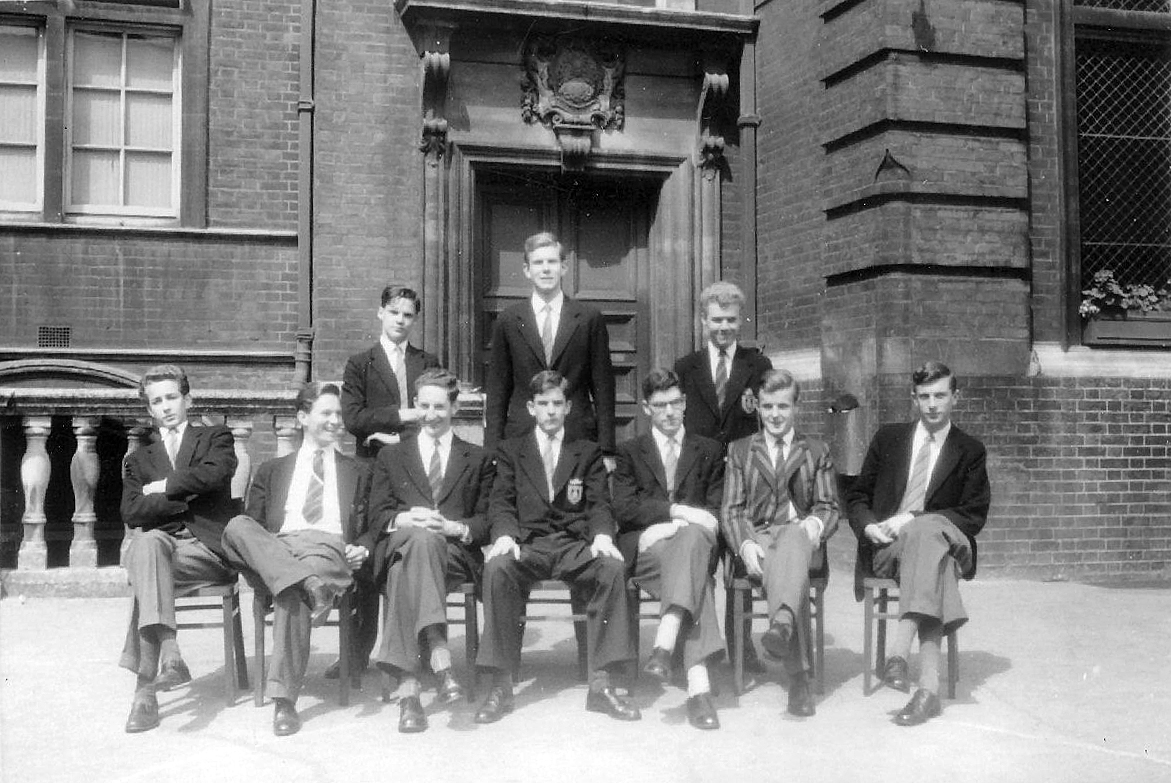 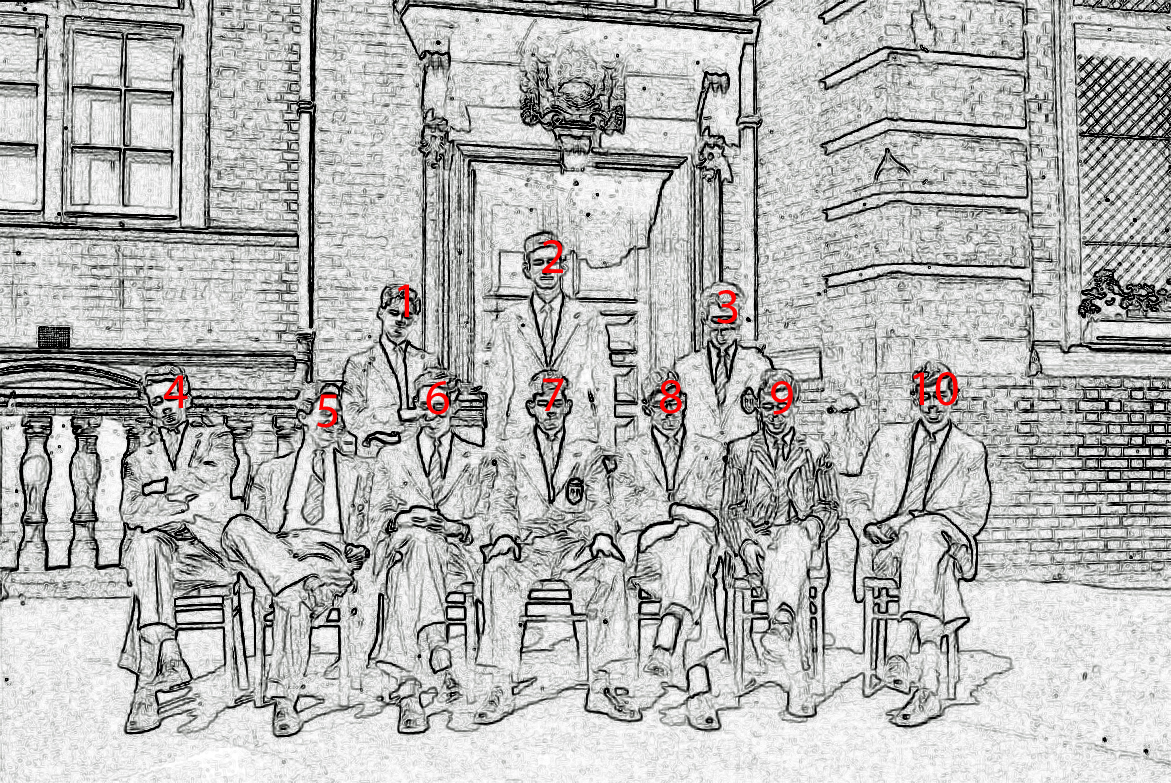 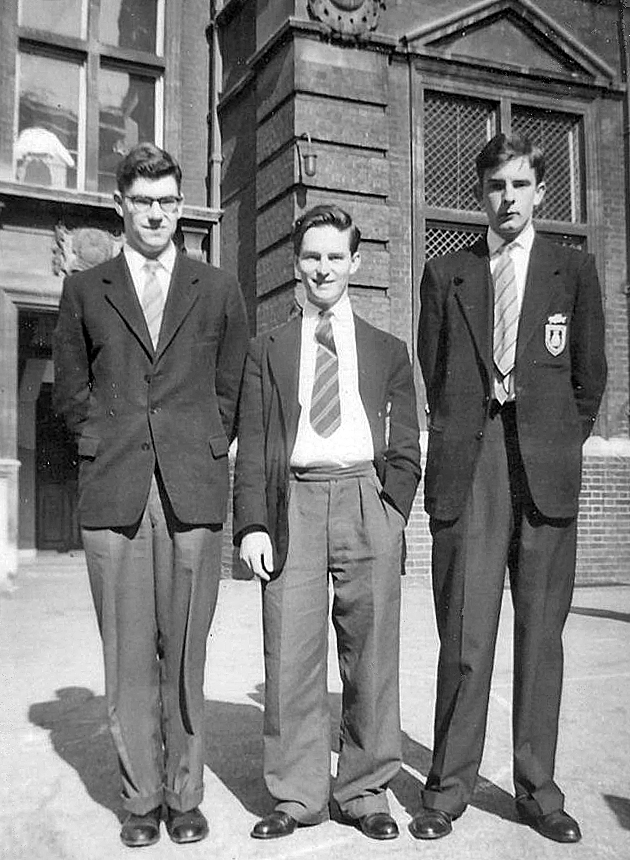 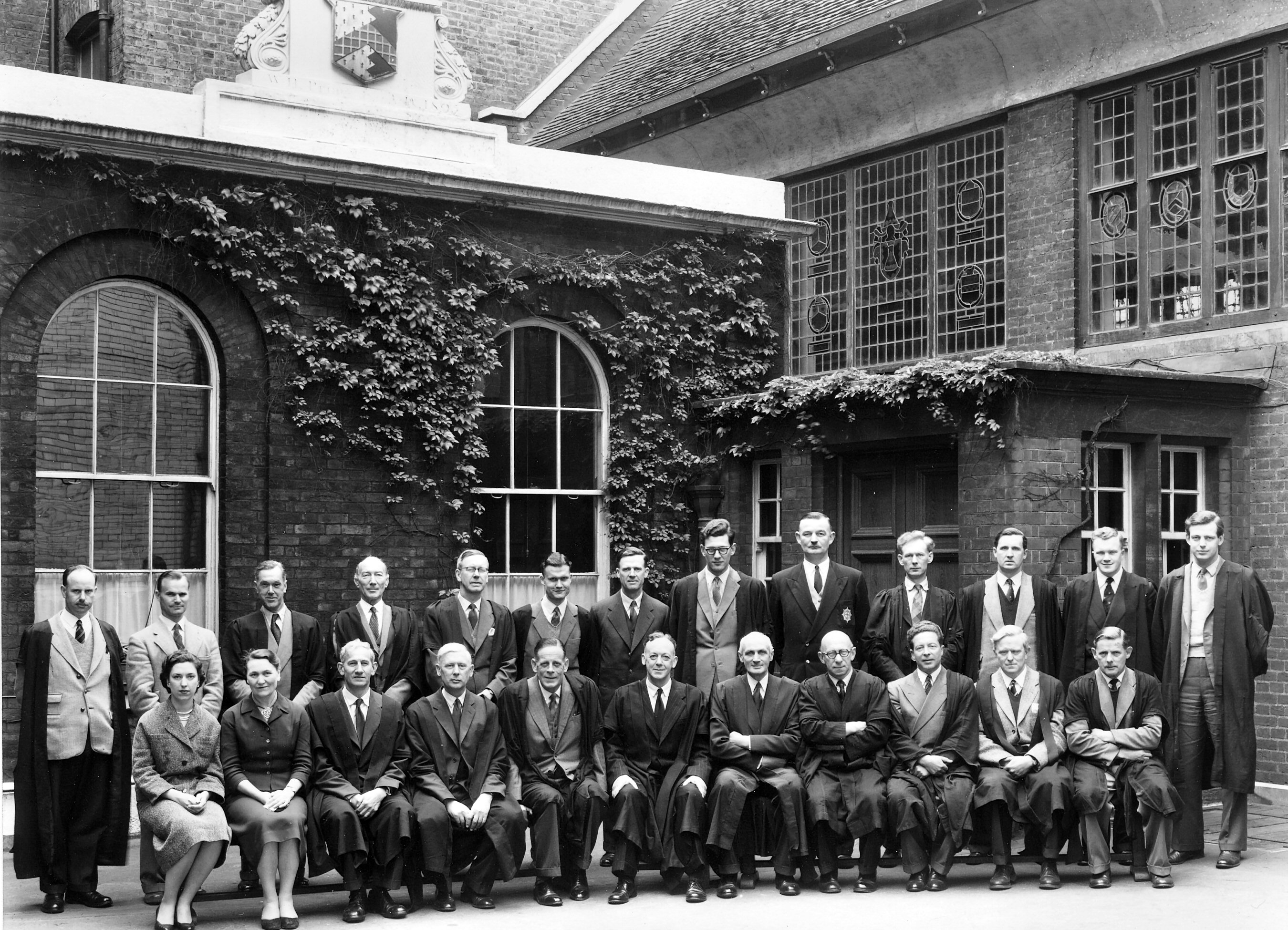 It was surely MR. SCOTT'S destiny that Colet should be his House. The Dean might not have been so good a wicket keeper, nor would he have made Cross Country so vigorous and successful a part of the life of the School. But he would have approved of the devotion to Classical learning, and of the loyal leadership of the Orchestra, and of the wisdom and humanity with which the House was guided. Mrs. Scott was a gracious partner. The Editor takes this chance of thanking Mr. Scott for piloting the last two issues of the Magazine, and for preparing the material of this one.

MR. TABERT never seriously considered any alternative to Mercers' as the school for his two sons, Jim and Peter, and it must be said that they have amply vindicated his choice, abetted as they have all been by the loyalty and discernment of Mrs. Tabert. Mr. Tabert has put an enormous amount of precision work into the organisation of School games, and he has never departed from his principles that the quality of the game matters more than the result, and that quality must be the first consideration in team selection. His faithful and incessant advisers all admitted that he himself was the unerring judge of quality in a young player.

MR. ROSETTI hoped to the end that someone would believe him. His tea table talk, however, ranged from the baroque to the macabre, except during those intervals of gloom which came before the production of a play. But we all went eagerly to the play, and what we did believe was that his pupils gained some notable success at the universities.

Of MR. FIRTH'S varied contributions to the craft of teaching, perhaps the most exciting was his divination of the intentions of "O" Level examiners in History. He would seek inspiration in the proceedings of the Geographical Society, and then emerge from his trance to announce a series of "snips." We learned to await these as trustfully as we awaited his annual prediction of the Derby winner. He was among those who were awarded welldeserved colours for faithful attendance at Grove Park.

MR. BUCKLAND, having apparently abandoned motor cycling, exposes himself to a year of new perils at Loughborough College. He has, as the Headmaster reminded us on Speech Day, remarkable skill in administering first aid to the damaged, and if in the future he should find himself at a loss for a word in a P.T. report, his old colleagues will still come readily to his aid.

MR. COWAN will doubtless contribute to the revival of Yorkshire cricket, and he may even find a junior football team which will give him satisfaction. Then he will be able to devote all his attention to the Classics, having first devised a system of book lists which will provide all that is required, even though nobody quite understands how.

MR. WHATE first mastered the mysteries of our Science hierarchy, and then trained some good men in his subject. His departure for Kilburn will presumably not disturb the balance of
the London Branch of the Science Masters' Association, and he will still be able to preach the virtues of Notts, cricket. We hope that his foot trouble will heal completely, so that he may be able to take Mrs. Whate to the occasional dance. We look forward to hearing of a Madrigal Group in King's Lynn.

MR. HOOD has done more than his share at Mercers'. His work for the School music is gratefully acknowledged, above all by his pupils. His was the task, as Form Master, of setting the youngsters of Form II on the right path, and he has also become familiar enough with the rigours of climate at Grove Park.

MR. STEVENS seemed to find no difficulty in settling down with us, and he has done sterling work during his year on the staff.
MR. BULL and MR. HOWES have had an even briefer time, and we can only express our thanks and good wishes to this very agreeable trio of younger masters. It has been impossible in this space to begin to do justice to this fine band of brothers, but we could not let them go without a word.

Photo and notes from the Mercers' School Magazine, September 1958. 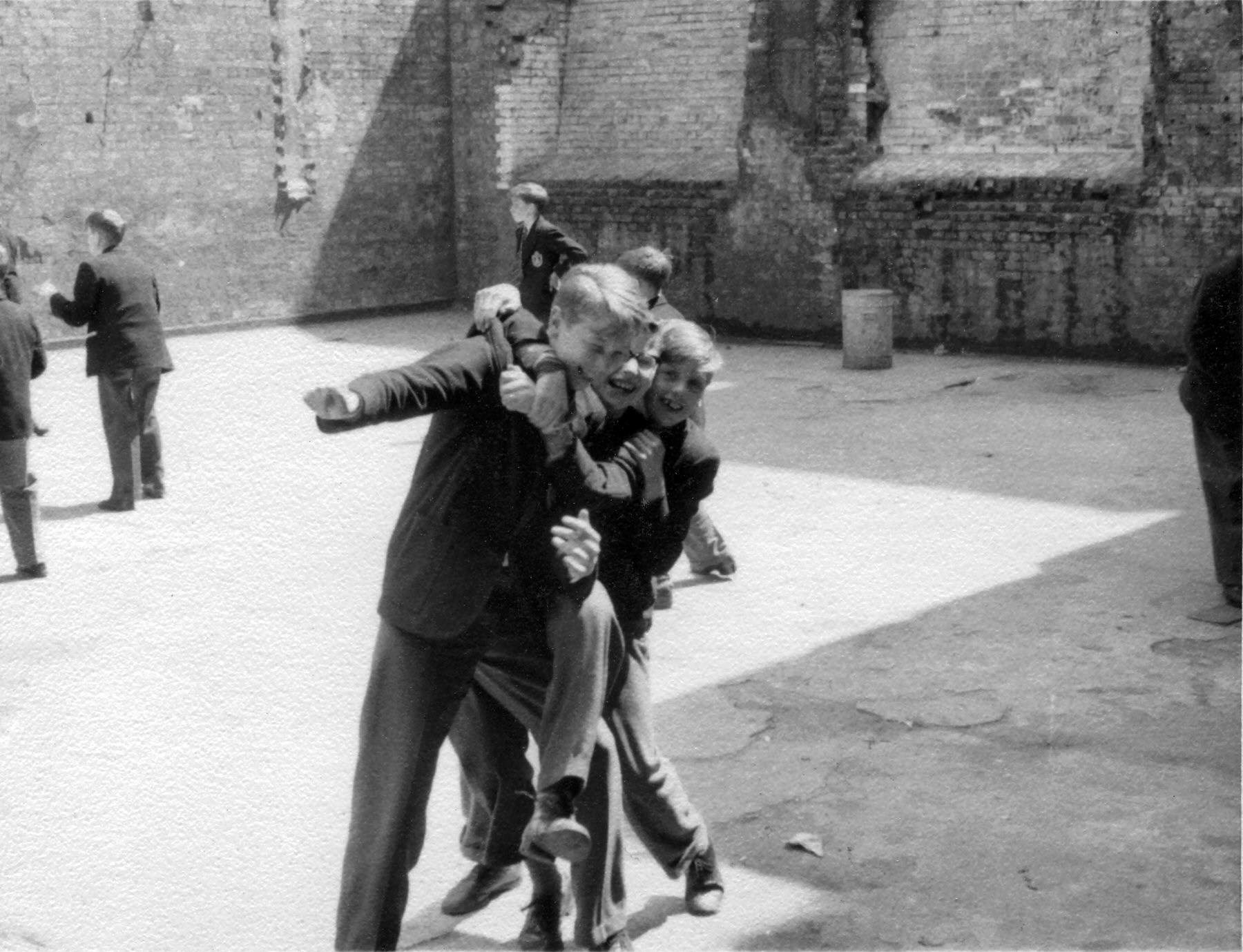 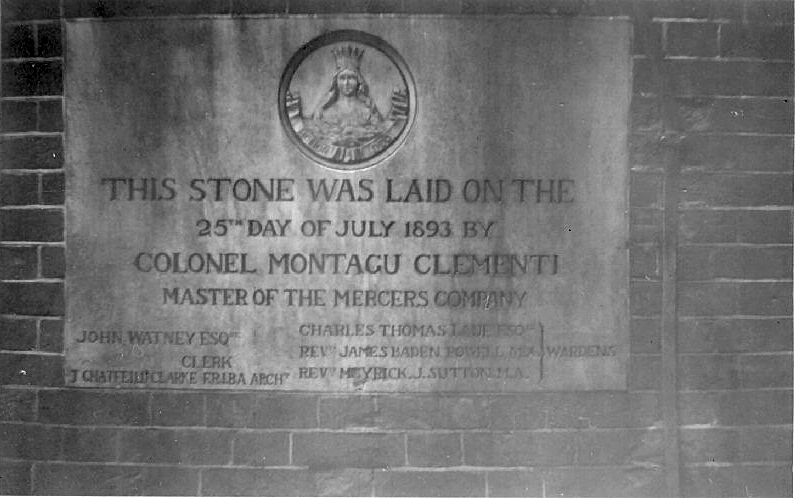 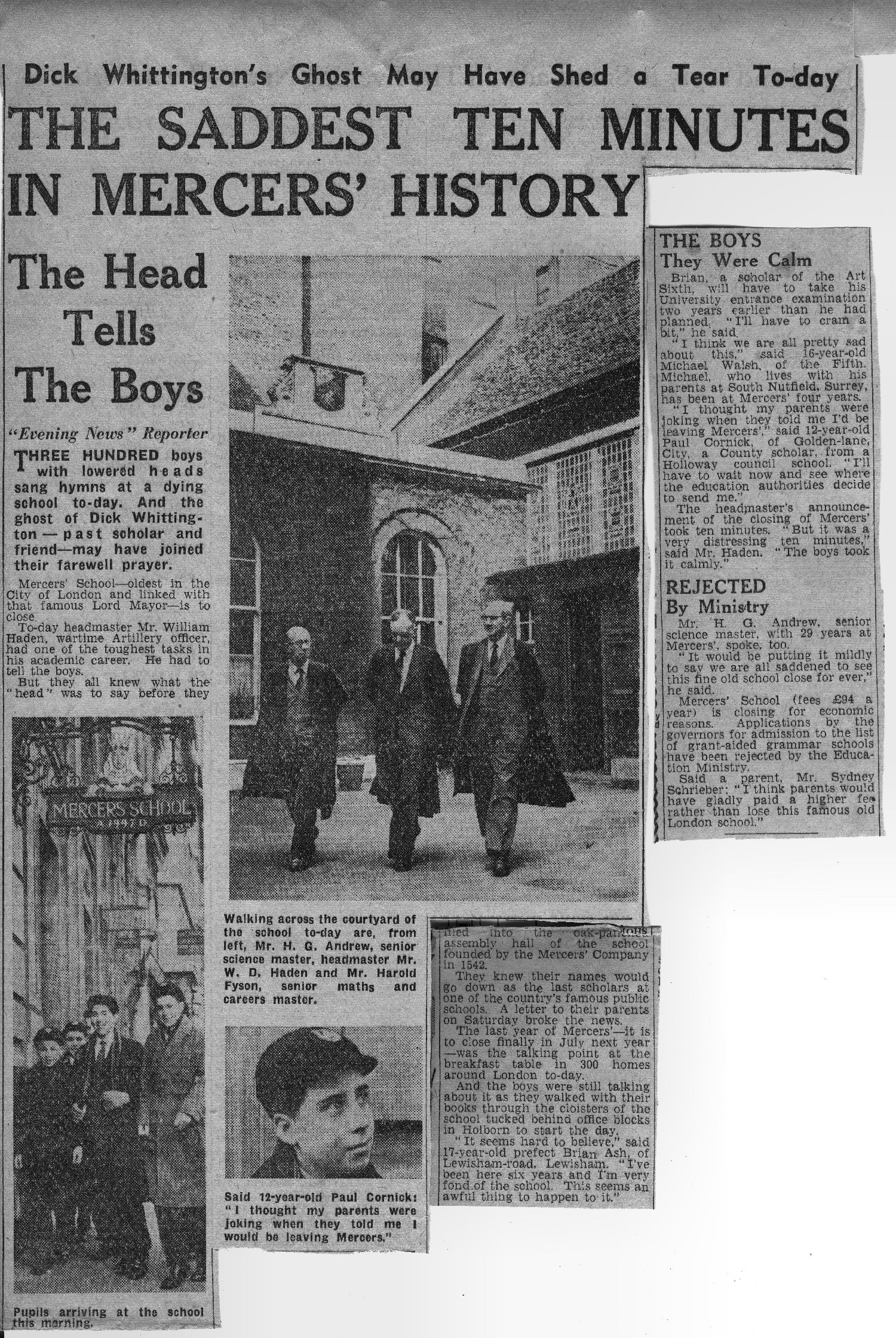 Thanks to Derek Complin 56-58 for these photos.  On the right in this photo. 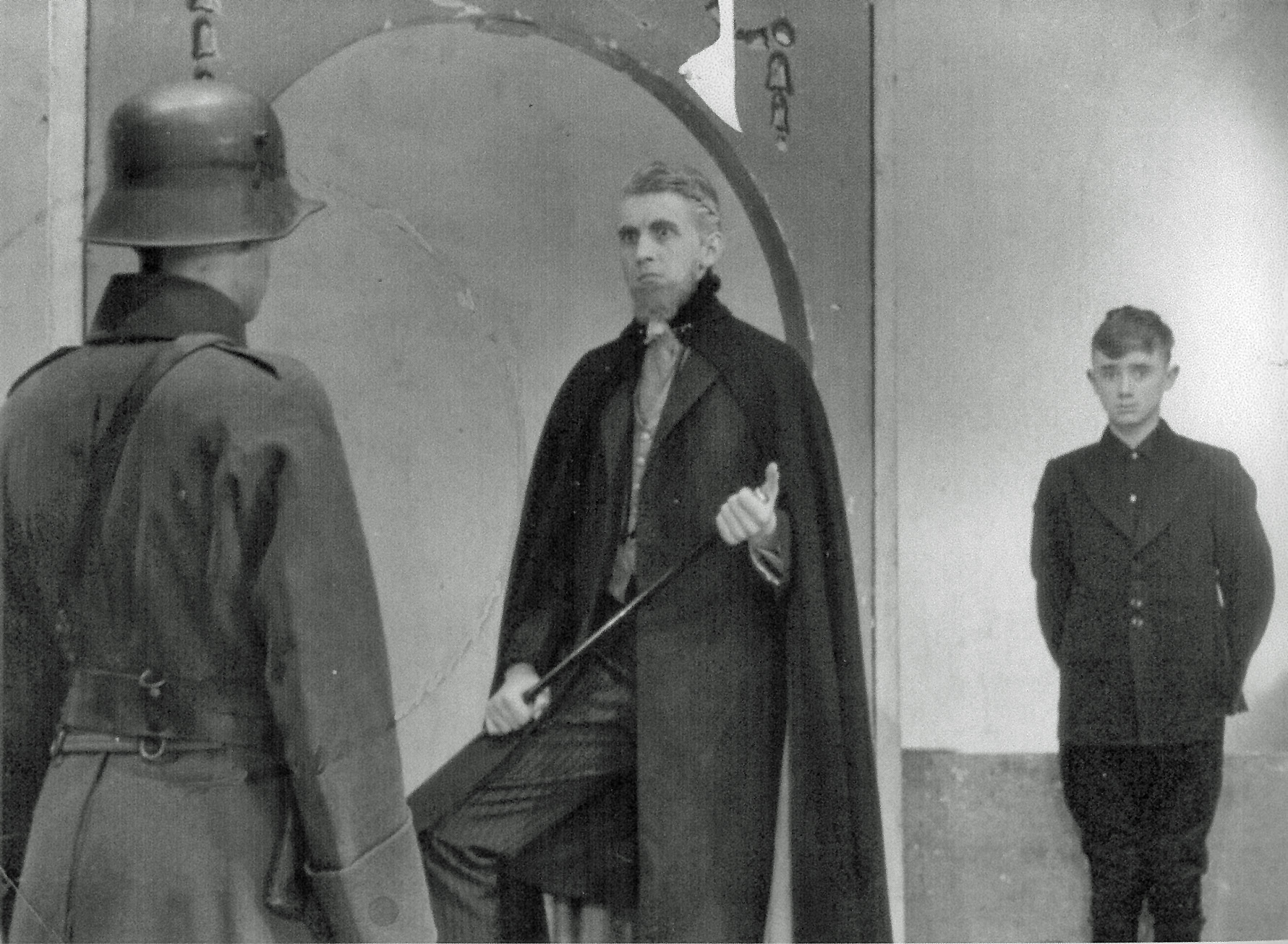 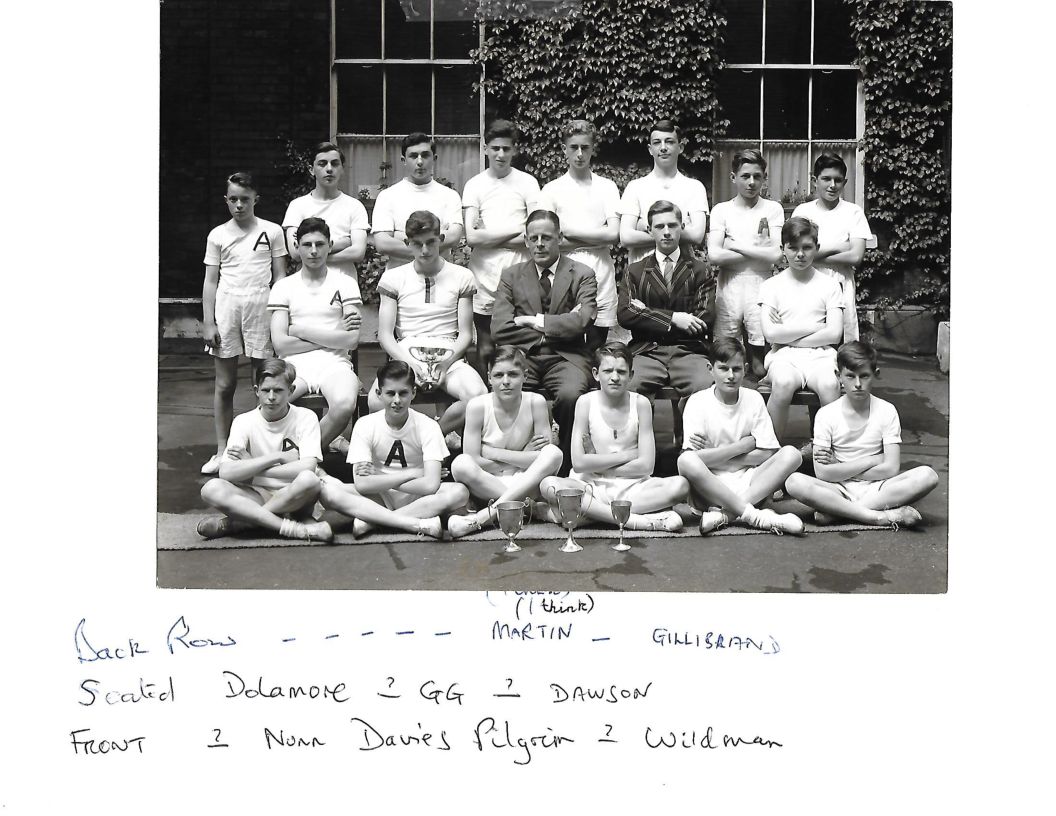 An Acon athletics team. A C Hepburn is seated between Dolamore and GG. Photo from Robert Gillibrand 55-58